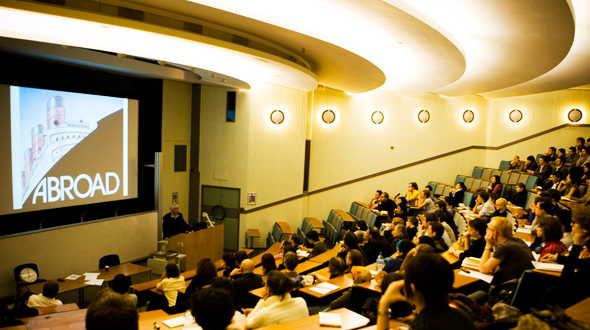 Around six universities in Turkey were ranked among the best in the world. The research took into account the learning facilities, an environment conducive to learning and the student community. Indeed, all these factors make it possible for students to make the most of their time in campus.

Founded in 1967, Hacettepe University ranks first among all Turkish universities that have medical schools. The public university is located in Ankara, the capital city of Turkey. Hacettepe University has been praised for the academic performance of its students, a factor that has led many foreign students to consider joining the institution. More to this, the university has a total student population of over 36,000. These students are spread across five campuses and more than thirteen faculties.

The Middle East Technical University is commonly referred to as METU or ODTU. The main campus of the public technical university is located on an 11,000-acre piece of land in Ankara. The university has earned a reputation for offering the best programs in engineering and natural sciences. In line with this, the programs are available at undergraduate, masters and doctorate levels. METU has over 2,500 academic staff members. The student population comprises of around 15,000 undergraduate students and over 7,000 postgraduate students.

Located in Ankara, this public university boasts of being among the first institutions of higher learning to have been founded in the Turkish republic. Ever since it was established, the university has grown in many ways. Today, the institution employs more than 6,000 staff members and offers education opportunities to over 42,000 students. At the same time, Ankara University has been a pacesetter in terms of the education programs taught. Indeed, the university offers more than 260 degree programs.

This public university was established in 1955. It is located in Izmir, the third largest city in the republic. The university is popular among many foreign students since it offers an opportunity for students to learn from different cultures. Having concentrated on agricultural and medical programs, the university attracts a total student population of over 50,000. With this, there it is no surprise that Ege University ranks among the largest higher education institutions in the country.

As the name suggests, the university is located in Istanbul, the largest city in Turkey. This is by far the best and largest university in the country. Its academic performance, student life, accommodation facilities and culture have increased its popularity among foreign students.

All in all, before travelling to a foreign country to study, one has to carry out a comprehensive pre-departure exercise. While doing this, it is important for the prospective student to apply for their student Turkish visa well in advance.

Must Know Things to Jump-start your Career Abroad

Best Dissertation Services to Give my Academic Profile a Flying mode

Three Essential It Security Certifications for the It Professional

Useful advice: how to becoming a paralegal or medical assistant in Toronto