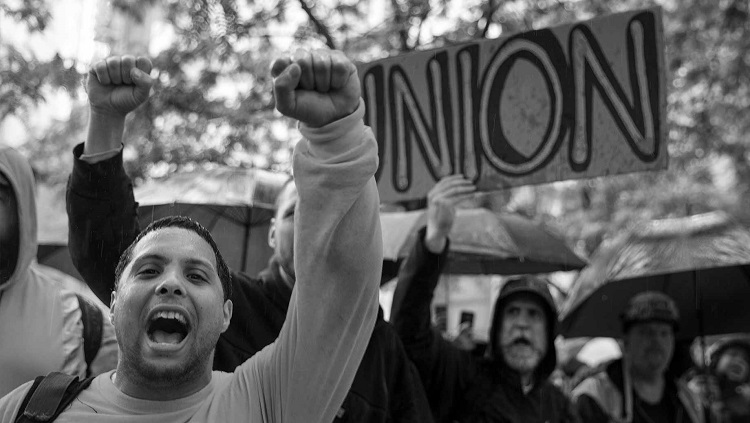 Labor Unions: Good, Bad or Both?

In the most simplest terms labor unions were originally formed to provide laborers in many different industries certain legal protections and promotes the interests of that the industry and all of its members. Many people are familiar with employees going on strike, because their unions have identified infringement on their rights. However, not everyone agrees regarding whether or not labor unions are beneficial or more detrimental for the economy. One side feels that they are not economically beneficial, at least not anymore. The other side argues that the purpose and need for the labor unions is essential and highly beneficial (Debate Organization, 2018).  After reviewing the relevant information it becomes clear that the labor unions are not entirely bad. If new reforms were to be introduced to mitigate some of their power and influence then they could still function in a beneficial capacity, but if they do not then the labor unions may be something that should be reconsidered as society treks further into the 21st century.

For those who support the existence of labor unions in the current era, they present three very relevant advantages and benefits that can be attributed to the labor unions. Firstly, the labor unions are the “backbone” of the middle class. They have been one of the stabilizing sources that have allowed the middle class to flourish in the United States for many years (Madland & Walter, 2009). Secondly, the unions make certain that all of the laborers receive a fair wage for the work that they are doing. Very often employers want to underpay skilled workers; unions make this harder. Finally, the unions are the force that has fought consistently to make sure that the members of unions not only receive fair wages, but also makes certain that they have access to affordable and accessible healthcare benefits (Debate Organization, 2018).

For those who oppose the existence of labor unions in the current era they also present three relevant disadvantage and detriments that can be attributed to the labor unions. Firstly, when the unions were first established in the 20th century they were the only protections guided towards employee rights in American. However, today there are many other policies and protections in place via the federal and state governments. Some describe the modern unions as being similar to drug cartels or organized crime; this is not beneficial (Sherk, 2009). Secondly, unions favor big business and can have detrimental effects on smaller owned, or “mom and pop,” shops cannot compete and they cannot offer what the unions can (The Economist, 2009).  Finally, many argue that the labor unions of today are robbing American citizens of their tax monies. Unions are funded, in part, from tax money; which means that many people not in any unions are, in fact, supporting the unions (Debate Organization, 2018).

Again, the two sides are unlikely to see eye-to-eye anytime soon. People within unions are generally supportive of having those protections, but for many less skilled or skilled, but non- union, workers these unions are an enemy not an ally. At the end of the day it seems pretty clear that unions do not necessarily have to be seen as completely obsolete, but there is a need for reform and greater focus placed on reviewing the goals and actions of many of the modern labor unions. Unions claim to protect the underdogs, skilled labor that is not compensated properly for their skills. However, they are not benefitting the real underdogs, they favor the middle class and their effect is not always beneficial for all of the people who are not in those unions. In the end there is a need for compromise, if that does not happen then there may be a need to curtail some of the power and influence that labor unions currently have.

Why Choose an International School for Your Child?

How the Internet can Help You Speak and Write English Better