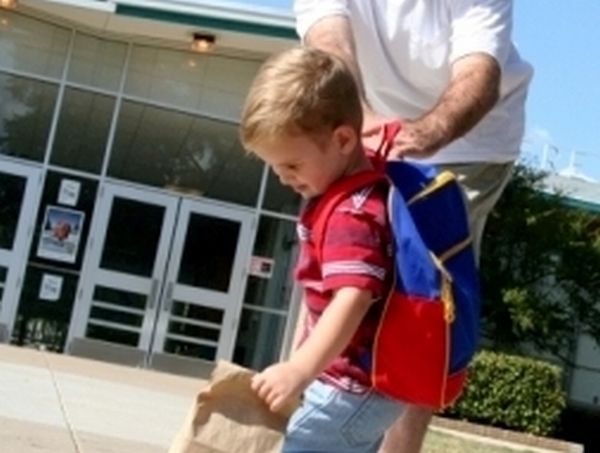 What To Do When Your Kid Hates Going to School?

Once in a while every kid grumbles about going to school. Ten percent of kids hate going to school so much, they would rather stay at home every day. They will get very depressed while getting ready for school, frequently fake illnesses, repeatedly wind up in the nurse’s office or simply refuse to talk about their day at school. Does your kid behave this way often? Well, here are some of the common reasons why kids hate going to school and some strategies that you can adopt to put them back on the road to success. Separation anxiety is a common reason that could keep your kid from going to school. This is usually the case when a kid is about to join a new school. All you really need to do is motivate your child. Tell him to have a great day and that you cannot wait to see him when he gets back home, instead of telling him that he shouldn’t worry and you will be there for him whenever he needs you. This way your child will gradually get over his anxiety to separate from you and perceive school to be a part of every day.

Some kids hate to go to school because they have no friends. If this is the case, your child would either be feigning illnesses or be giving away valuable possessions to other children so that he is liked by them. You can solve this problem by instilling some social skills in your kid. Ask him to look others in the eye while talking to them, not whisper or scream but seem approachable and take initiative in making friends from time to time. Sometimes kids can be shy because they have a poor self-image. Point out the good qualities in your child so he is confident and has enough self-esteem to interact with other children and make friends.

This is a common cause for children to avoid school. If he is victim of bullying and has no friends, school would naturally seem like a rather undesirable place. Teach your child to be assertive and protest when he is being bullied. If the bully beats him up, make your child open up to you and share details so that you can seek help from the staff at school. When speaking to authorities, be subtle so that your child does not feel embarrassed.

A child could also not want to go to school because he is having difficulties learning subjects. If he cannot perform like other children or fails to compete with them academically, you may need to help him in more than one way. He could have a vision problem or a learning disability. Help him figure out what the issue is and use approaches that are better suited for him as far as studies are concerned instead of comparing his performance with that of others.

Poor chemistry with the teacher

A child could also feel unwanted at school if he does not share a great rapport with his teacher. More often than not, some children emerge to be the teacher’s favorite and if your kid is not one of them, he could feel neglected, unwanted and unloved. If poor chemistry with the teacher really affects your child adversely, request for his section to be changed. Under the influence of a different teacher, his take on school will probably change as well!

Boosting Up The School’s Last Semester

GMAT Pattern Designed By Experts to Choose the Best Students

What to Consider When Choosing a Boarding School for Your Child

What to Look for in a Toddlers’ Nursery