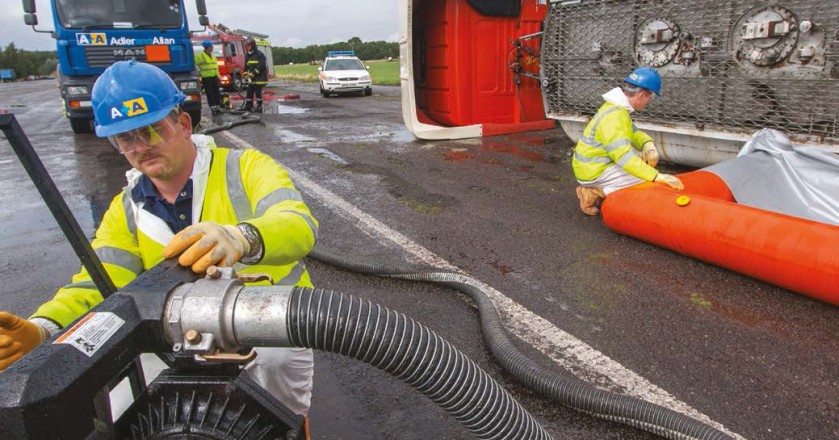 Emergency Response Companies – What They Are And What They Do

This article is provided by rickyrescue.com. Contact Ricky Rescue Fire Academy for more advice and help to take your fire career up a notch by becoming a Fire Officer in Florida and Tennessee.

Have you ever watched fire emergency response vehicles and wondered what all the different pieces of equipment and types of vehicles are called?  And what their respective purposes are?

A crew and their vehicle is referred to as a ‘company’ and they come in a number of types with a corresponding responsibility.

The engine or pumper is, as the name suggests, a vehicle that carries water and has the associated equipment required to dispatch or pump it onto a fire.  The pumper is responsible for supplying water to a fire scene then locating, confining and ultimately extinguishing the fire.  These are the vehicles with tanks and hoses that we usually think of when we think of a fire scene.  Today’s modern pumpers or engines are usually ‘triple combination’ units.  They have a water tank, a pump and hoses.

The truck or ladder company supplies the ladders and aerial devices required to access heights and to get into the upper levels of buildings.  They also do any structural ventilation that may be needed.  The ladder team are also used for search and rescue operations, securing of utilities and where rapid intervention is needed.

The rescue company is fully equipped to carry out search and rescue operations such as those to be found at fires or traffic accidents.  Some rescue companies are also equipped to provide emergency medical treatment and may also be involved in transporting patients to a medical facility.

The definition and responsibilities of the squad company vary.  In some jurisdictions the squad is similarly equipped to a rescue or a medic company and performs the same duties.  In other areas it may refer to a hybrid outfit that is a combination of engine, truck and rescue and is responsible in some part for carrying out duties in each of these areas.

A medic or rescue company may also be referred to as an ambulance and provides emergency medical services.  The members of a medic or rescue company usually have similar qualifications to those of a paramedic, or are qualified paramedics.  They may also be involved in transporting patients to a medical facility.  Most fire services have some type of emergency medical service company available. The quintuple-combination engine, or quint for short, is a combination of engine and truck.  It has a tank, pump and hoses like an engine but also has ladders and an aerial device like a truck.

A tanker or tender company carries a large water tank and may also have a pump.  Their primary responsibility is supplying additional water to fire scenes.

A brush patrol company is designed primarily to fight brush fires and similar types of fires.  It is generally built on a heavy-duty 4 wheel drive or pickup chassis.  Brush patrol vehicles are often seen accompanying engines to major fires but they do also have the capability to respond to such fires on their own.  They generally have a small water tank and the capacity to pump it onto brush and similar fires.

A helicopter or air ambulance company is used either as an air ambulance or for suppressing / as a spotter for brush fires.  In some fire departments they may be used for both depending on requirements at the time.

When an emergency has 2 or more engines in attendance, as is usually the case for big fires or large emergencies with multiple casualties, there will also be a chief officer in command present.  The vehicle in which this person travels to and from such events is a battalion chief sedan.

Large emergencies usually require major emergency services to be present and the chief officer for EMS, the person tasked with overseeing the deployment of these medical resources at the emergency scene, is transported there in an EMS supervisor or EMS captain sedan.

So there you have it – the main types of vehicles and companies seen at fire scenes and other emergencies around the country.

10 Tips for Dominating a Conference Session