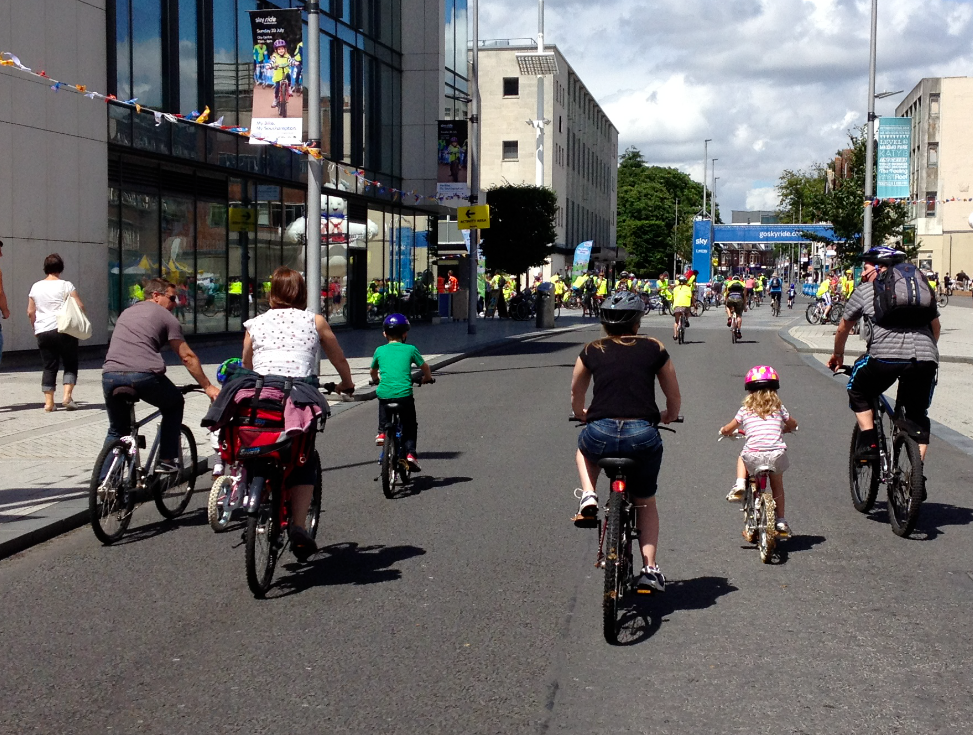 Why aren’t more UK kids making use of their school’s bike shelters and cycle parking permit schemes? It’s estimated around 90% of Britain’s kids own bicycles, but less than 2% ride them to and from school on a regular basis. So, why should these kids get on their bikes?

It’s great to see cycle shelters popping up at more UK schools. The post-2012 Olympic spirit still means more kids than ever are aware of their physical potential and the beneficial effects of exercise. Figures from Cycle England found children who are driven to school spend just over 2.5 hours in the car each week being ferried from home to the school gates. That’s around 8% of the weekly hours spent in school. Just 5% of weekly school hours are set aside for mandated sports lessons.

According to a study by joint researchers at two leading universities in Denmark, regular exercise could boost a child’s learning power to the tune of putting them half a year ahead of the grade their exercise-free academic performance estimates. One of the authors of the report said the way a child travels to school can have a massive impact on their concentration and learning potential for the day.

Numerous studies have shown exercise improves how the brain makes use of oxygen, reducing mental fatigue and focussing concentration for long periods after exercise has ceased.

The typical “school run” gauntlet of anxious parents all competing for a parking space closest to the school gates is something that’s become synonymous with British schools. Plans to reduce congestion have varied from closing school roads to non-school traffic during peak drop-off and collection times, to building larger car parks a few streets away from schools and having groups of students walked to the school grounds.

But the only reliable way to reduce congestion and create a more harmonious start to the day appears to be encouraging parents to walk or cycle their kids to school. Of course, there will always be the odd student who lives too far to make the journey in any other way than by bus or car, but according to some research, one in three UK schoolchildren are driven less than a mile to the school gates. One in ten are driven less than half a mile. Despite these figures, 68% of parents said their lives would be easier if their children walked or cycled (under supervision) to school from home.

According to figures from the Local Government Association, road rage incidents involving parents on the school run are increasing – up to 7,000 in 2011 from 1,400 in 2008. cutting the number of cars on the road by encouraging parents and kids to cycle to school together safely could cut into that figure significantly.

How to choose a good plastic surgeon?