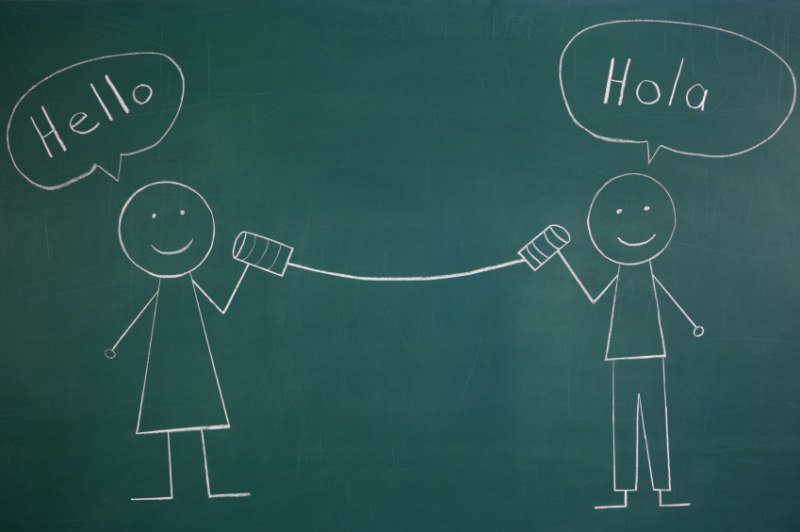 As you go about the sometimes arduous task of learning Spanish, it’s important to have a wealth of tools and resources at your disposal that will get you through the tough times and trip-ups that are bound to happen. It’s vital to your progress that you don’t get discouraged, so when you happen upon words that are foreign to you—even more foreign than usual—or when your software program lacks proper explanation, you need some of the secret resources and tools that Spanish students around the world are using.

Here’s a helpful, handy list of some of the tools and resources you will learn to love as you embark down that road to speaking Spanish fluently. The first—and arguably best—resource for keeping up with your studies (and putting them to the real test) is Spanish entertainment. From Telenovelas on Univision to Shakira’s hip-notizing songs, you’ll want to keep up with the entertainment world of Spanish culture. We’re talking magazines, websites, television shows, movies, Spanish-language books, children’s picture books—anything that is written, spoken or sung in Spanish, you should use as a constant resource.

This will help keep you on your toes and immerse you in not only the language, but the Spanish culture as well. Culture is a big part of learning any language, especially when it comes to subjugations and noun-verb agreement. Keep yourself surrounded by Spanish entertainment and you’ll quickly find how much of the language “seeps” into your brain merely by keeping your ears and eyes open.

Next, you’re going to want a strong Spanish to English dictionary. My recommendation is SpanishDict as it’s just about the best Spanish dictionary site out there. It’s well-organized and the search box is up front and center, making it super simple to use. There are also three translation engines that will get you help no matter how far off the mark you are.

Phrases and words are all doable here as are some conjugations. You can get conjugation tables right on the site, but it’s also pretty handy to have a separate conjugation chart or book that you can refer to when you’re not online.

Yes, your Spanish teachers told you not to use this because it’s wrong most of the time, right? Wrong. It’s actually one of the best translation programs out there, mainly because it gives you choices to switch out for each of your translated words. As long as you have a semi-inkling of what you are doing, it’s not hard to get exact Spanish translation from this free—yes, free—online translation tool.

You can translate words, phrases, sentences, paragraphs—even entire websites if you enter the URL. Of course, you won’t learn much if you overuse a translator as a crutch, so just use it when you get stuck or to double check your work if you’re unsure.

Okay, how is a slang dictionary filled with bad words and funny memes going to help you with your Spanish? Think about it: what aren’t you going to learn from most Spanish software programs and teachers? Slang. Pop culture references. Memes. You know, the way real people talk! When you get stuck on a word or phrase in real life and can’t find it anywhere, check Urban Dictionary and it’s pretty much a given that it will show up. Want to learn how to curse someone out in Spanish? Well you shouldn’t! But if you did…

Is this not obvious to you? Think about it: the world’s biggest database of information and you think it can’t help you figure out what a Spanish word, phrase or sentence means? It can literally translate entire websites, so suffice it to say, Google is an amazing tool for learning Spanish. Simply type in “apples in Spanish” and see what happens. Or “what does buenos noches mean?” You’ll get the right answer 99.9% of the time and if not, you’ll get the websites that have the right answers.

If you’ve never heard of Forvo, go there right now. It’s an amazing resource for all languages where amazing people who are complete godsends record themselves speaking in their native languages. This means native Spanish speakers are recording themselves speaking Spanish—there’s simply no better resource for learning the exact pronunciation of a word. There are about 60,000 words there in 300 languages and Spanish makes up a huge chunk of that.

Go to YouTube if you need a quick lesson on the conjugation of ser or something similar. Forget what the affirmative is? Don’t know your commands? YouTube is full of quick, to-the-point Spanish lessons, making it an invaluable resource for anyone looking to learn Spanish fluently, easily.

Author Bio – This guest article is a work of Samuel Roberts from http://www.howtolearnlanguage.com. If you’re a beginner and want to learn Spanish the easy way, Rocket Spanish from Amazon would indeed be the perfect choice.

The Simple Guide to Becoming a Medical Research Technician