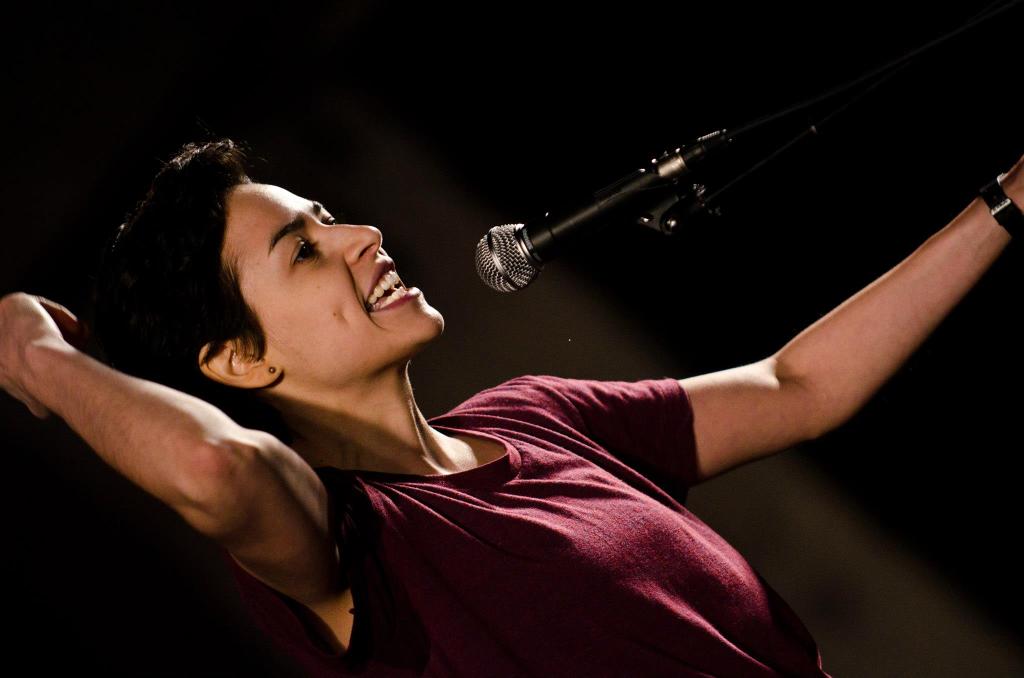 The spoken word has become a vital force in the zeitgeist of a new form of communication and conveyance of the written word, specifically poetry. The poetry slam has become the showcase for that energy. A natural extension of the exuberance and zest for written word of a new generation anxious to leave their mark in the ancient history of poetry. With that in mind a new Outsider Poetry Slam League has been formed, and will begin competitions in May, according to editor of The Journal of Outsider Poetry and league commissioner, Dr. Henry Wolfsburg. In statement released Monday he said the hope is for The Outsider Poetry Slam League of America to eventually have 32 teams in eight regional divisions, with conferences of four teams, modeled after the NFL. Competition is set to begin in May, with a finals being held in October. Teams have already been awarded franchises in Rancho Cucamonga, Paducah, Chemung, Kokomo, Minooka, Sheboygan, and Podunk, Vermont.

The history of performance and slam poetry is a very recent and interesting one. Slam poetry was the singular invention of Marc Smith, a poet and construction worker from Chicago, Illinois, who was seeking to breath life into what he considered a dull poetry scene. In his opinion poetry had become stodgy and needed a breath fresh air, and an infusion of blue collar principles and style. So he organized a reading series on slow Sunday nights at the Get Me High jazz bar. Readers were encouraged to just be themselves, use the bar and their drinks as props, engage and interact with the audience, and generally use their own personality and energy as a positive in drawing the audience in so they didn’t feel just like a passive part of the process. The readings were a success, and a year later were so big they needed to be moved to a larger venue. The Green Mill was that venue, and The Uptown Poetry Slam was born. Smith explained he combined terminology from sports and construction to convey the blue collar mentality of the Windy City. Poetry slams became even more popular, and were soon implemented in New York at the Nuorican Poet’s Cafe, and the first National Slam Poetry Championship was held in 1990 in San Francisco.

But slam poetry is not without its critics. Some academics claim slam poetry emphasizes some of the more distasteful and lowbrau aspects of poetry, including style over substance, volume over sophistication, and a reliance on personality rather than good material. In the end, critics say, audiences often respon to the performer rather than hearing the words themselves.

Nonetheless, Dr. Wolfsburg has high hopes for the new poetry slam league, and thinks it will reach an audience that otherwise would not be exposed to poetry at all, and in the end will raise awareness for both performance and page poetry. “How can that be a bad thing?” Dr. Wolfsburg asked. Studies conducted at the NEA seem to back up Dr. Wolfsburg’s assertion as it is shown children respond to being read to and the spoken word in a positive manner, and the more they are exposed to the larger their vocabulary and reading level increases. Good luck to the National Outsider Poetry League in its endeavor to raise awareness of poetry and the spoken word.

How to secure a training contract