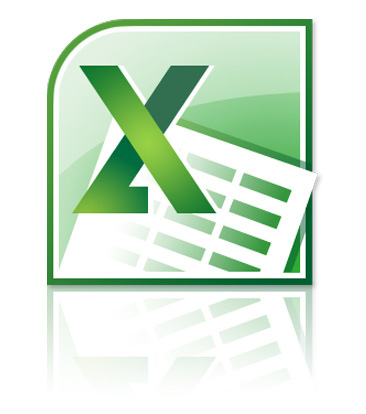 How Can An Online Mentor Help You With Your Microsoft Problems?

Microsoft is a multinational software corporation that licenses, supports, develops, and manufactures a wide range of products and services mainly in computing. It’s the world’s largest software maker that is most valued.  Among many other desktop applications, Microsoft office is an office suit. Microsoft word, Microsoft Excel, Microsoft Publisher, Microsoft PowerPoint, Microsoft Access are just a few of the applications for Microsoft office. Microsoft Excel is a spreadsheet program available for OS X platforms and Windows. It’s an important skill to acquire which features visual basics for application, pivot tables, graphing tools and calculations.

The role of a mentor is to give insight where and when difficulty arises. Since they are always available, ready and willing to help, one should take advantage of the opportunity to seek their guidance. Microsoft Excel has many features which proves challenging for someone coming across it for the first time. Here is how a mentor can come to ones aid at the time of need.

The basic feature of Microsoft Excel is the spreadsheets with grid of cells arranged in rows and columns to organize arithmetic operations. It can display data in histograms, charts and line graphs. It allows the user to employ numerical methods to solve differential mathematical equations. Being a visual basic for applications, it allows the user to employ numerical methods in wide varieties. For instance, lets the user solve mathematical and physics equations then report the results to the spreadsheet. The mentor will help brainstorm the ideas on the project, clarify the mathematical equations, talk about the project and generate discussions with the user. The user will have steady access to information, advice and support. This means that the mentor should be experienced in the technical domain of Microsoft Excel for mutual communication and understanding.  The mentor should inspire creativity and help the user sharpen their skills especially when it comes to charts that require visually displayed designs and have presentation expertise. They will always follow up on the user’s project all the way to the finish. It involves the number of rows and columns. Through several programming interfaces, Excel can accept data which allow communication with many data sources like Reuters and Bloomberg. Mentors who are experts can guide the user on how to explore the external data source via Microsoft office features.

Programmers have produced a variety of environments and applications that open the excel documents on the web with plugins such as Adobe Flash Player. The mentor may influence the general direction of the user’s idea and help evaluate choices to open them up.

When it comes to passwords, Microsoft excel offers many types like the password for opening a document, to unprotect work sheet, to modify a document, to protect the workbook and sharing of the workbook. With the increase of online users, hacking of data has become a normal occurrence and what better way to protect your data other than use of passwords. Mentors inform the user of such risks and advise them on the use of passwords.

The mentor guarantees the user that someone actually cares for them. They are always there to listen.

Microsoft excel is said to have been mishandling data at times due to inept handling of large numbers and round-offs hence returning incorrect values. Also by having a limited set of statistical tools and selectively updating calculations on a spreadsheet only when some cell values are changed. The mentors will make the user understand that even Microsoft excel has data problems and that it’s not perfect in its calculations. A mentor with software development skills will give advice based on knowledge and skills. The mentor will give guidance in areas that the user is not familiar with.

Microsoft has different versions of excel. It was originally known as Multiplan which became very popular. Later on excel started to sell out Lotus making Microsoft the leading PC software developer. Excel provides users with defined functions for use in worksheets.

The Importance of Developing a Child’s Imagination

Tips for Students to Ace Their Dream School Admission Test

Who Says the Internet is Boring?

Online Dictionaries: A Boon for One and All