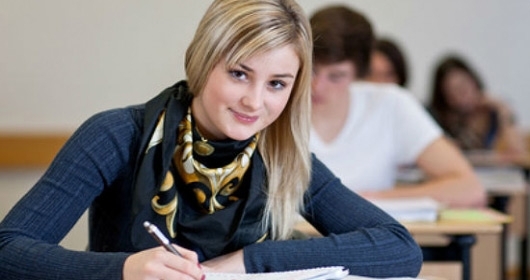 How to Equip Yourself with the English Knowledge You Need

If you’ve ever suspected that you’re being unfairly judged on your English competency or usage, then you’re not alone. You’re not alone, because plenty of people not only suspect their English level is being judged negatively, but receive feedback indicating that it’s actually happening. And, if it’s happening to them, it’s happening to you, too. You can see it if you look past the merely physical act of your colleague taking a red pen to a business report you’re probably not being paid enough to write. Behind each crossing out of a word, or strikethrough of a sentence, you can probably catch a whiff or two of condescension.

If there’s any comfort to be drawn out of knowing you’re being judged this way, it’s that you’re not alone…and, there’s a fair bit of hypocrisy about it. Those who are judging you are probably no better at English than you are and are perhaps a bit worse in some areas. No one is truly perfect, whatever they may claim. What they have over you is a bookish knowledge of the language, which they then use to make themselves feel superior. At some point or other, you’ve surely come across a “grammar nazi” who nit-picks your spelling or usage, or insists that you must always use the Oxford comma.

Give Yourself an Edge When it Comes to English

This begs the question, what can you do to combat overzealous grammarians? The best way is to ensure you have an equal footing with such people. But, then, how can you gain that? One option is to take an English course in Dublin. Before you object and claim that in this instance to take an English lesson is to admit defeat, the opposite is very much the case. You’re never too old to improve yourself, or at least review and fill in gaps of knowledge that can help you stand up for yourself against critics. An added benefit is that you could discover new knowledge that gives you an edge when someone corrects you.

Plenty of Other Reasons to Study English

Of course, there are other good reasons to take English courses. Don’t tell the French, who love their language (and rightly so), but English is the world’s only truly global language. It is the language of aviation, business, and to a significant degree, entertainment. Two people from different countries, neither of which has English as an official language, can connect by using English. This can happen in a hostel right down the road, or in a business meeting in far-off Beijing. As good as your native English level may be, perhaps you lack the vocabulary to hold your own in a high-stakes business meeting. Why not build that up?

There’s no single right or wrong way to speak or read English. The Briton speaks a variety of English the American might not fully understand, and American terminology might baffle an Aussie on holiday in Los Angeles. Even just taken for curiosity’s sake, English lessons can help you more fully appreciate a language that is as divided and diverse as the people who regularly use it.

Before You Buy an Essay Online – What to Know?