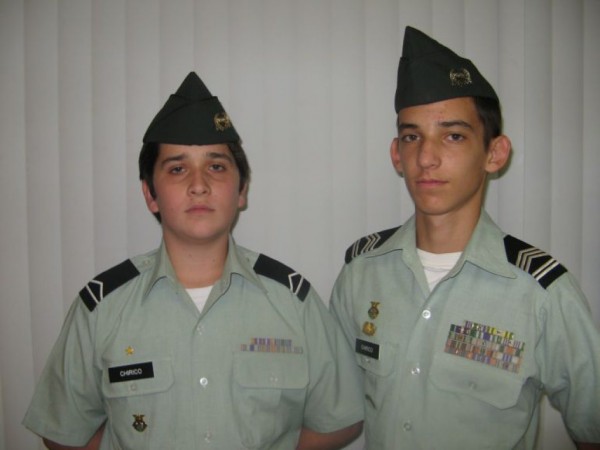 Our nation’s brave men and women decide, usually at a young age, that they wish to go into the military to serve their country. Eventually, their time comes to an end and they must assimilate back into civilian life. For some, that means utilizing their GI Bill and going to college. Coming out of one extreme and moving into another can be a hard jump for service members as they try to find and maintain a new balance. However, service members do not give themselves enough credit. From the military, these brave men and women have learned invaluable skills that, when applied to academics, can have a tremendous upside. These skills not only make them successful when pursuing their degree but an asset to their peers as well.

The military does not shape its personnel to start tasks without the intention of finishing them. Every service member is trained that before a task is even started it has a clear objective that must be met. What separates military students apart from other students is this dedication towards their tasks, to ensure that it is carried out effectively and efficiently. This quality, instilled by the military, is one that will make any veteran successful academically. Schoolwork may get overwhelming at times, however with their military state of mind, military students will not crack under the pressure and be able to prioritize and complete each task to the best of their ability.

An Asset to the Group

For those who remember working with others to produce a group project, it was sometimes the group you were placed in that would ultimately determine your grade before you even began to brainstorm ideas. The work ethic and overall cohesiveness plays a huge factor in group projects that can either make or break them. It is in these situations that service members serve as the glue, if you will, making them a valuable asset. Usually right out of high school, military personnel, as they climb the military’s ranks, must continue to take on and build their leadership skills in order to set an example for those below them. Regardless of the project, every group needs a leader that is goal-oriented, who they can look to in order to ensure the completion their tasks. On top of leadership, service members feel it’s their responsibility to see the completion of tasks, and if they aren’t in agreement with a certain aspect of a project, they will not be afraid to voice their opinion. Yes, it may be a simple academic project, yet if this were a military mission and they didn’t speak their mind, it could mean life or death.

Pursuing a higher education is a responsibility that some aren’t able to handle coming directly out of high school. Many college freshmen struggle because of a maturity issue, however, for the majority of 18-19 year olds it is simply that they cannot manage their time well enough to balance time for themselves and their workload. Luckily, for service members, this skill has been taught naturally from day one because if it isn’t learned in the military it is impossible to succeed. To be an integral part of the military, one must be able to work well with others as well as, and most importantly, by themselves. This trait of independence, when applied to academics, will bring them success in finding the balance. There’s a number of top notch veteran specific colleges in the US dedicated for our independent heroes.

When one attends college, many do not go into it with the cosmopolitan view that would give them a huge advantage when applied to their college experience. Some non-military students choose to study abroad in order to achieve this enlightenment, however it is only short lived and usually only lasts a semester. Being a global thinker doesn’t mean that you are smarter, rather it is by seeing more of the world one expands their capacity to understand. Within the military they have the opportunity to reach out and learn from several different cultures first-hand. From here, they must adapt to a different way of thinking and living, an intangible skill that makes one’s learning experience more dynamic compared to their peers. For those considering future education, I’d recommend delving into online bachelor degree programs to get a fuller idea of what’s involved.

A guide to writing an essay in a short time