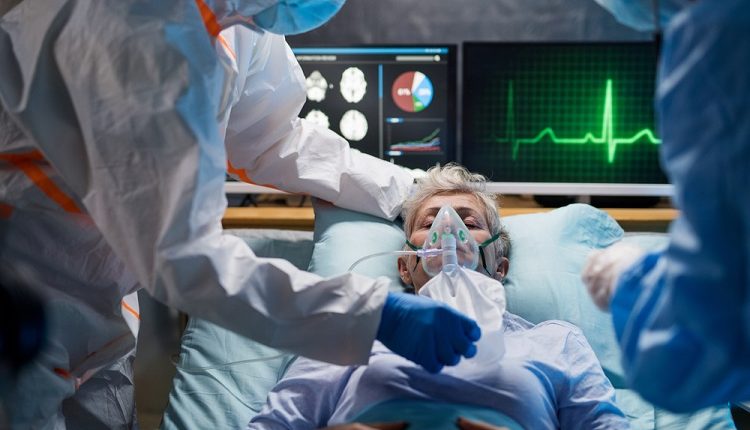 Why do we respire?

All living organisms require energy for their growth and development. Where does this energy come from? We eat food to get energy, don’t we? The energy to perform various functions is derived from the oxidation of food such as carbohydrates. This process is called respiration. Respiration includes breathing, the exchange of gases between alveoli, blood capillaries and tissues and cellular respiration, which is the final metabolic process by which oxygen is utilised to break down food to derive energy in the form of ATP molecules.

Breathing and Exchange of Gases

To carry out the oxidation of macromolecules for deriving energy, oxygen needs to be supplied continuously and carbon dioxide, which is the end product of cellular respiration should be removed as it is harmful. The process of exchange of oxygen from the atmosphere and carbon dioxide from the tissues (produced during catabolism of glucose and other respiratory substrates) is called breathing.

Alveoli are the primary site for the exchange of gases, the diffusion membrane between alveoli and blood capillaries is made up of squamous epithelium of the alveolar wall, basement membrane and endothelium of blood capillaries. The pressure gradient between alveoli, blood and tissue favour the diffusion of oxygen from alveoli to tissues and that of carbon dioxide from tissues to alveoli.

The transport of oxygen and carbon dioxide occurs through blood. RBCs contain a respiratory pigment known as hemoglobin, which carries oxygen to the tissues. 97% of oxygen is transported bound to RBC as oxyhemoglobin, whereas 20-25% of carbon dioxide is transported bound to hemoglobin as carbaminohemoglobin. Hemoglobin is a globular tetrameric protein. It contains a heme moiety. The iron present at the core of heme binds to oxygen. Hemoglobin structure changes the conformation after binding with one oxygen molecule, which facilitates the binding of the next oxygen molecules. Each hemoglobin molecule binds to four oxygen molecules.

Glycolysis: It occurs in the cytoplasm of living cells. Glucose is partially oxidised to pyruvate in multi-step enzymatic reactions. There is a net gain of two ATP molecules.

Krebs Cycle or Citric acid Cycle: The pyruvate enters the mitochondria and is decarboxylated to form acetyl CoA, which enters the citric acid cycle. Acetyl CoA combines with oxaloacetate to form citric acid, which is the first product of this cycle, hence the name citric acid cycle. It undergoes multiple enzymes catalysed reactions leading to the release of CO2 with the generation of ATP, NADH and FADH2.

Oxidative Phosphorylation in the Electron transport chain: The electron transport chain is present in the inner mitochondrial membrane. Most of the ATP molecules are formed in the respiratory chain. The transfer of electrons from NADH and FADH2 to various electron carriers creates a proton gradient that drives the synthesis of ATP by ATP synthase. Oxygen acts as the terminal electron acceptor. Total 32-34 ATP molecules are produced by oxidative phosphorylation.

This was in brief about respiration. For more information related to respiration and other physiological processes, subscribe to BYJU’S YouTube Channel.